Wednesday morning, just after 4:00 a.m., Charleston county deputies were investigating information they received of a male subject, possibly trying to steal from vehicles in a parking lot in the 4600 block of Dorchester Road.

As deputies patrolled the area, they saw a man quickly enter a vehicle and drive away.

When they attempted a traffic stop, the driver sped away on Interstate 526 eastbound.  The vehicle proceeded onto I-26 westbound and tried to take the 205 exit, but lost control of the vehicle. After the car was disabled, the suspect ran. 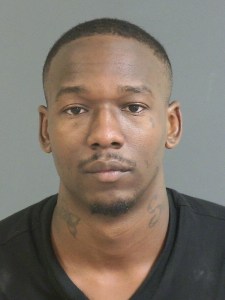 Frasier has since been released from jail on a $10,000 bond.

According to HCPD, Henry Tyrone Moody is currently wanted for the murder of a four-year-old child in relation to the shooting incident.

Debates turn emotional as schools decide how and if to open

PORTLAND, Maine (AP) — School districts across America are in the midst of making wrenching decisions over how to resume classes in settings radically altered by the coronavirus pandemic, with school buses running below capacity, virtual learning, outdoor classrooms and quarantine protocols for infected children the new norm.

The plans for the upcoming school year are taking shape by the day, and vary district to district, state to state. The debates have been highly emotional, with tempers flaring among parents and administrators, and have been made all the more vexing by record numbers of COVID-19 cases being reported each day.

NEW YORK (AP) — There were the two-hour, unpaid waits outside supermarkets when San Francisco first started to lock down, on top of the heavy shopping bags that had to be lugged up countless flights of stairs.

And yet even after signing up for several apps, 39-year-old Saori Okawa still wasn't making as much money delivering meals and groceries as she did driving for ride-hailing giant Uber before the pandemic struck.

Justice for Vanessa Guillen Rally to happen in North Charleston

Rally for economic and criminal justice reform held in Charleston

One dead after fatal collision in Charleston County

Justice for Vanessa Guillen Rally to happen in North Charleston

Second stimulus check: Where we stand as July begins