JOINT BASE CHARLESTON, S.C. (WCBD) – Chairman of the Joint Chiefs of Staff, General Mark Milley, on Wednesday visited Joint Base Charleston (JBC) to thank service members for their roles in the Afghanistan evacuation mission.

While at JBC, Gen. Milley met with JBC Commander Col. Marc Greene as well as Maj. Gen. Brian Mennes, the deputy commanding general of the XVIII Airborne Corps out of Fort Bragg, North Carolina, which was the unit tasked with coordinating the evacuation.

Operation Allies Refuge was the largest non-combatant evacuation operation in history, which saw approximately 124,000 US citizens, green card holders, Afghan allies, and vulnerable Afghans ferried to safety as the Taliban seized control of the country.

Being what Major Daniel Naske described as “the premiere air mobility place on the planet,” JBC was instrumental the mission.

SSgt Miller Assous, a loadmaster with the 14th Airlift Squadron, agreed. He said that the 437th Airlift Wing is uniquely situated because they train to be prepared for “any challenge, any situation.”

“Every single C-17 unit from across the country came through Charleston,” explained Maj. Naske, who remained at JBC to coordinate logistics. He said that JBC has “the most highly-trained air crews,” support personnel, and intelligence officers to brief teams before they shipped out.

Those crews were tasked with being some of the last American service members in Afghanistan after a 20-year war. As the retrograde was underway, crews were especially vulnerable to attack, with personnel and assets dwindling. 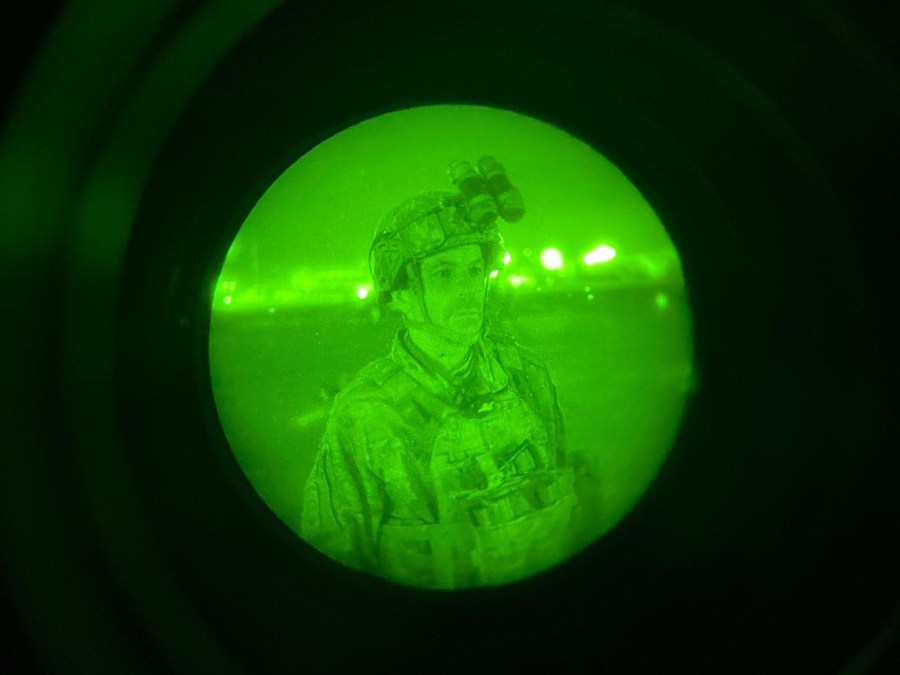 “We had just taken the runway, the other four aircraft had departed, I could see all four aircraft in front of me. We took off five aircraft in about two and a half minutes. I had the entire picture of the final C-17 force departing Kabul. That, for me, was the moment when I realized… wow, this is really it.”

All agreed that the gravity of the mission had not yet hit them. They were laser focused on getting out as many people as possible as quickly and safely as possible. Those people, they say, are what sticks with them most.

“One of the reasons why a lot of us joined the service [is] to give back and to help people,” said Capt. Amanda Edgren, a pilot with the 14th Airlift Squadron.

The crew emphasized that although they are back home, the mission is not over. Service members at bases all over the country and the world are working to process Afghan refugees, and JBC stands ready to assist anytime, anywhere.

Close
You have been added to Daily News Newsletter

Close
You have been added to Breaking News Newsletter

COLLETON COUNTY, S.C. (WCBD) - Troopers with the South Carolina Highway Patrol are assisting with a tractor trailer fire on I-95 in Colleton County.

CHARLESTON, S.C. (WCBD)- The Charleston Police Department is investigating a shooting that left one person injured.

Officers responded to the 1600 block of Folly Road around 3:15 a.m. in reference to one person being shot.

They said it comes amid a growing number of COVID-19 “related situations in our schools and the community.”

Statue of late Congressman John Lewis to be unveiled in Charleston on its way to U.S. Capitol

The Lowcountry takes on an icy weekend

Video
Close
You have been added to Daily News Newsletter